Indian Defence News – 02.03.2021 – In a statement, the company said the system comes with three cases. The complex is capable of suppressing control of a drone within a radius of 2 km while it remains invisible and invulnerable to radio countermeasures. System deployment takes no more than 30 minutes. The complex, called « Protection », can detect the type of aircraft in 360 degrees range and at a distance of 2 km. The device is also capable of locating the drone’s remote control and breaking the communication link with the aircraft. This provides a continuous overlap in frequency in the range from 400 to 6200 MHz, used to control drones. Simultaneously with the suppression of UAV control channels, a system of suppression of navigation signals of global satellite systems operates… lire l’article 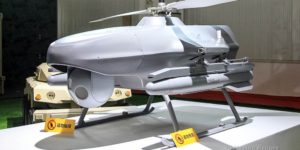 Breaking Defense – 24.02.2021 – The UAE army plans to buy a bunch of new Chinese unmanned aerial vehicles, one official who wished not to be named told Breaking Defense at IDEX. “The deals could include 10 to 15 Golden Eagle CR500 helo drones fitted with Red Arrow 12 missiles, and 20 MR40 unmanned aircraft fitted with BBE-2 bombs,” the official told me, adding that both deals will approximately cost $9 million and $7 million respectively. The UAE is also set to receive “thousands of related missile systems”, he added, with the CR500 being able carry up to 150KG of payloads… lire l’article 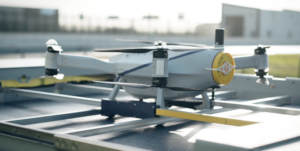 Geospatial World – 22.02.2021 – In a blog, Azur Drones announced its first autonomous flight authorization in Northern Europe, thereby opening the path to an operational deployment on an Oil&Gas sector-major player’s site. With its Skeyetech drone-in-box solution, the French autonomous drone will carry out safety and operations support missions there. The Denmark Civil Aviation Administration has just authorized the use of Skeyetech autonomous drone in the Copenhagen area, thereby consecrating the reliability of the French system and its compliance with the new European regulatory requirements. With this authorisation issued following a risk analysis (SORA: Specific Operational Risk Assessment) approved by the EASA (European Union Aviation Safety Agency), Azur Drones confirms its position as a precursor in innovating drone operations. For several years, the company has been contributing to regulatory works at the international level to make autonomous flights a standard… lire l’article 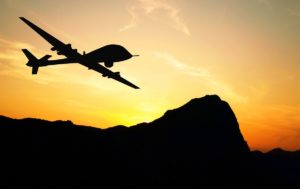 C4ISRnet – 01.02.2021 – ANKARA, Turkey — A Turkish drone maker has begun the conceptual design phase of what it hopes will become the country’s first combat drone. Haluk Bayraktar, the general manager of Baykar Savunma, said Feb. 28 that the aircraft is the firm’s “top priority program.” The privately owned company will complete the conceptual design phase by 2023, the centennial of the Turkish republic, he added. The planned drone will fly at an operational altitude of 40,000 feet. The artificial intelligence-powered aircraft will be able to perform missions for five hours, and will be connected to a satellite communications data network… lire l’article 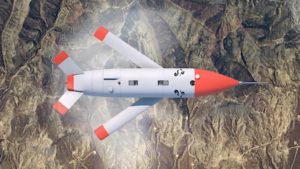 The Drive – 27.02.2021 – Lockheed Martin’s Skunk Works advanced projects bureau has officially revealed the design of its secretive Speed Racer air vehicle. The missile-shaped unmanned system is ostensibly intended to serve as an experiment in digital engineering techniques, but has the potential to be the basis for future swarming drones and low-cost cruise missiles. Steve Trimble, Aviation Week‘s defense editor and friend of The War Zone, was first to report on the new information about Speed Racer. He was also able to confirm that a computer-generated segment in a video Lockheed Martin had released ahead of the Air Force Associations’ 2021 Virtual Aerospace Warfare Symposium, which wrapped up yesterday, did indeed depict this air vehicle. The company similarly acknowledged that a rendering it released last year was also of Speed Racer… lire l’article 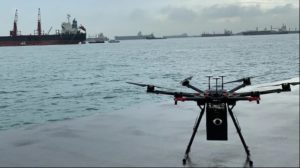 The Maritime Executive – 02.03.2021 – Among the range of uses being developed for drones is the opportunity to conduct ship-to-shore deliveries. The shipping industry and port authorities are showing strong support for the concept and recently a Singapore start-up raised seed capital from the shipping industry and investors to continue the development of its technology. F-drones, founded in 2019, raised seed capital to continue the development of its system designed to carry over 200-pound payloads a distance of over 60 miles. The shipping management company Eastern Pacific Shipping, which has been involved with the first test flights, lead this round of investment along with participation from shipowner/manager Schulte Group through its venture arm, Innoport. Other participating in the fundraising included SEEDS Capital, Entrepreneur First, Orient Ventures, Superangel, and a few Singapore-based angel investors… lire l’article 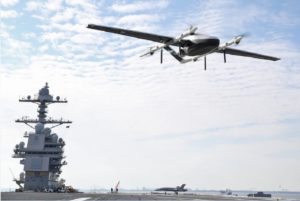 UST drone – 28.02.2021 – Naval Air Force Atlantic has conducted a test of a new prototype unmanned aircraft, known as Blue Water UAS, designed to provide long-range cargo transport in support of U.S. Navy forces operating in open water with extreme wind conditions. The prototype is currently capable of operation in some of these conditions and further development will be required to meet the full Naval requirement. The trial involved the transportation of light-weight logistical equipment from the Mid Atlantic Regional Maintenance Center (MARMC) at Naval Station Norfolk to the aircraft carrier USS Gerald R. Ford (CVN 78) while the vessel was in-port… lire l’article 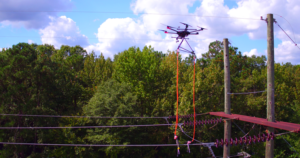 Utility products – 19.02.2021 – Working on power lines is an inherently dangerous work requirement. The job is done at height, there are often energized lines involved, and there is also inclement or even extreme weather to be considered. Removing vulnerable workers from this environment and doing the same inspection jobs with an unmanned aerial system or drone offers a lot of advantages. Virginia-based UAS firm Linebird is testing its drones and finding they can handle work on even energized power lines… lire l’article 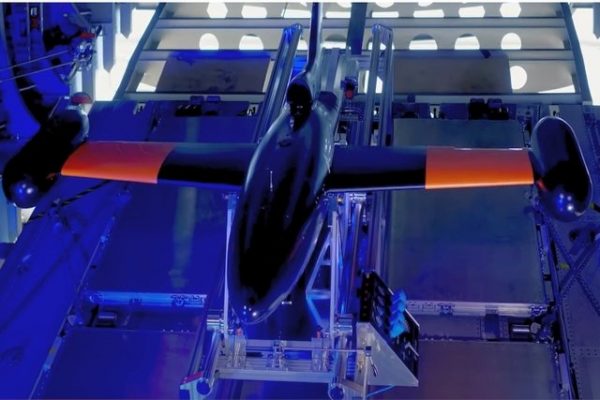